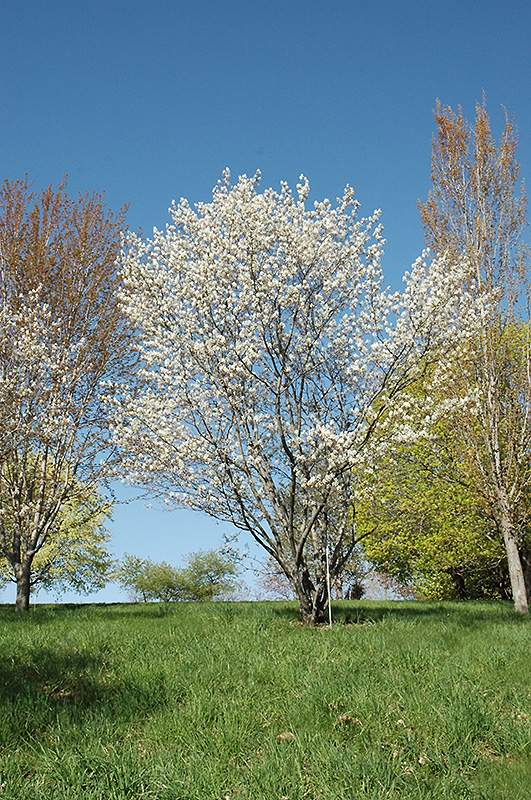 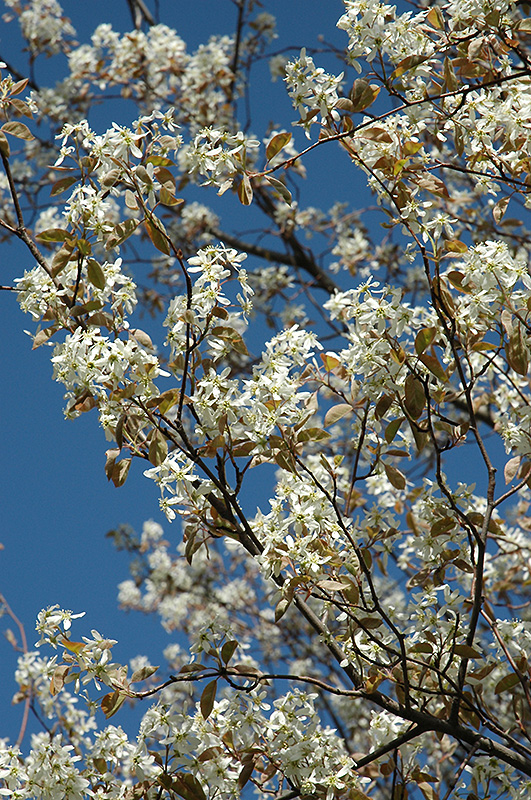 Princess Diana Serviceberry is smothered in stunning clusters of white flowers rising above the foliage in early spring before the leaves. It has dark green deciduous foliage. The oval leaves turn an outstanding red in the fall. It produces blue berries from late spring to early summer. The smooth gray bark adds an interesting dimension to the landscape.

Princess Diana Serviceberry is an open multi-stemmed deciduous tree with a more or less rounded form. Its relatively fine texture sets it apart from other landscape plants with less refined foliage.

This is a relatively low maintenance tree, and is best pruned in late winter once the threat of extreme cold has passed. It is a good choice for attracting birds to your yard, but is not particularly attractive to deer who tend to leave it alone in favor of tastier treats. It has no significant negative characteristics.

Princess Diana Serviceberry is recommended for the following landscape applications;

Princess Diana Serviceberry will grow to be about 20 feet tall at maturity, with a spread of 15 feet. It has a low canopy with a typical clearance of 4 feet from the ground, and is suitable for planting under power lines. It grows at a medium rate, and under ideal conditions can be expected to live for 40 years or more.

This tree does best in full sun to partial shade. It prefers to grow in average to moist conditions, and shouldn't be allowed to dry out. It is not particular as to soil type or pH. It is somewhat tolerant of urban pollution. This particular variety is an interspecific hybrid.