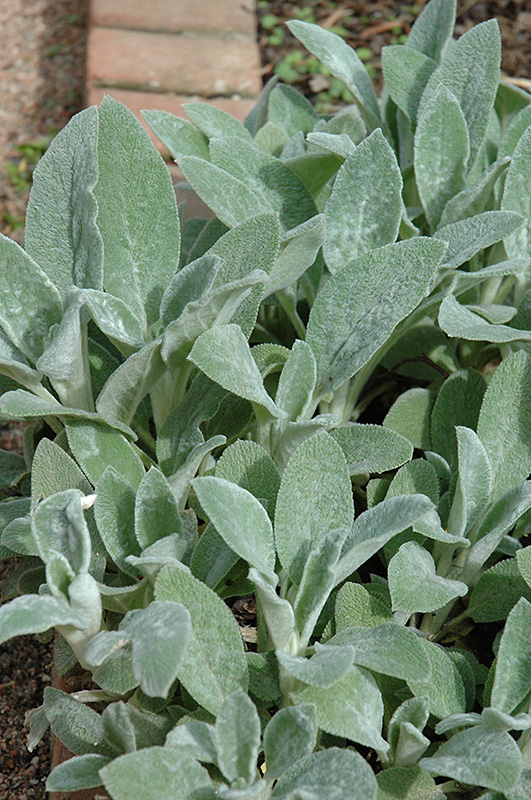 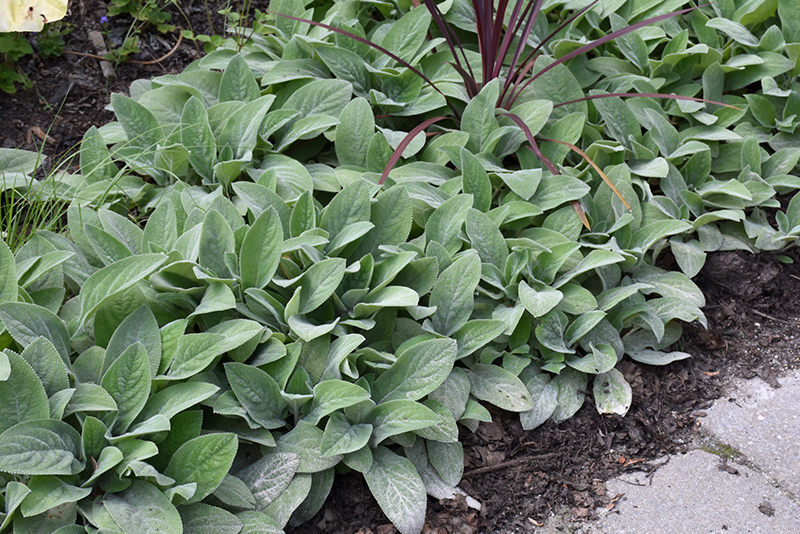 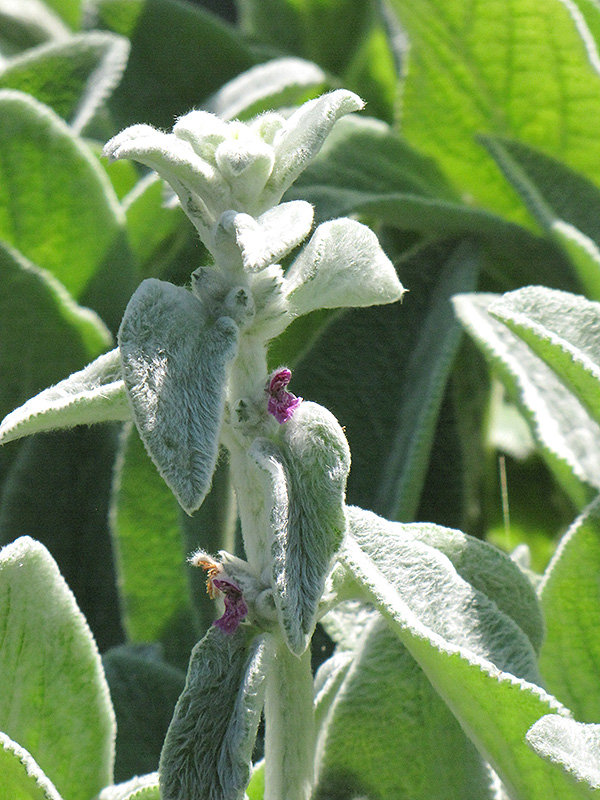 Helene Von Stein Lamb's Ears's attractive large tomentose oval leaves emerge silver in spring, turning grayish green in color throughout the season on a plant with a mounded habit of growth. It has masses of beautiful spikes of pink flowers rising above the foliage in early summer, which are most effective when planted in groupings.

Helene Von Stein Lamb's Ears is a dense herbaceous perennial with a mounded form. Its relatively coarse texture can be used to stand it apart from other garden plants with finer foliage.

This is a high maintenance plant that will require regular care and upkeep, and should only be pruned after flowering to avoid removing any of the current season's flowers. It is a good choice for attracting bees to your yard, but is not particularly attractive to deer who tend to leave it alone in favor of tastier treats. Gardeners should be aware of the following characteristic(s) that may warrant special consideration;

Helene Von Stein Lamb's Ears will grow to be about 18 inches tall at maturity extending to 30 inches tall with the flowers, with a spread of 24 inches. When grown in masses or used as a bedding plant, individual plants should be spaced approximately 18 inches apart. Its foliage tends to remain dense right to the ground, not requiring facer plants in front. It grows at a fast rate, and under ideal conditions can be expected to live for approximately 10 years. As an herbaceous perennial, this plant will usually die back to the crown each winter, and will regrow from the base each spring. Be careful not to disturb the crown in late winter when it may not be readily seen!

This plant does best in full sun to partial shade. It prefers to grow in average to dry locations, and dislikes excessive moisture. It is not particular as to soil type or pH. It is highly tolerant of urban pollution and will even thrive in inner city environments. This is a selected variety of a species not originally from North America. It can be propagated by division; however, as a cultivated variety, be aware that it may be subject to certain restrictions or prohibitions on propagation.