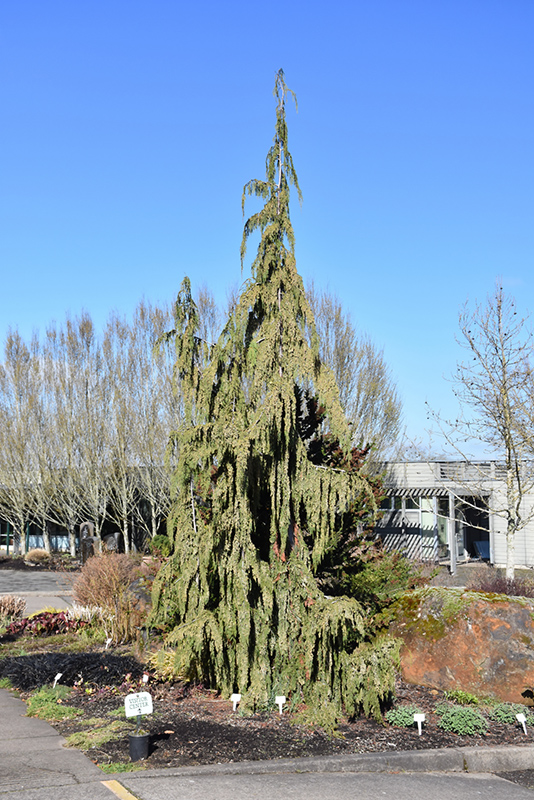 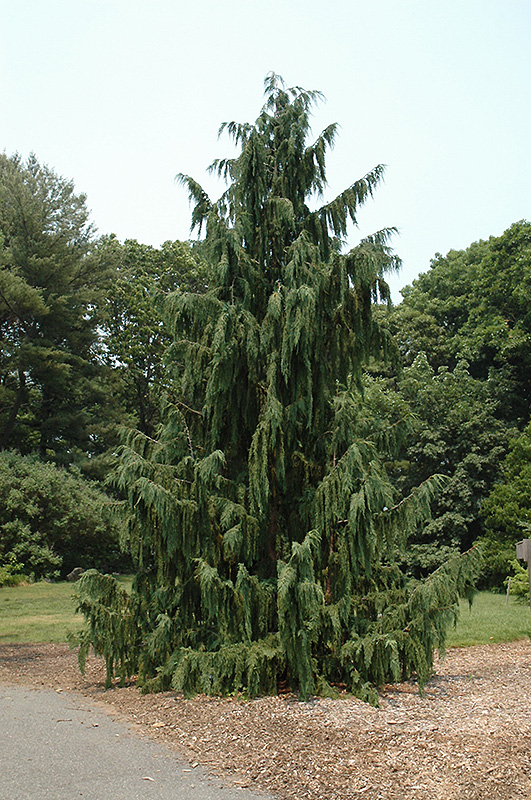 A graceful, delicately weeping tree with pendulous branches and sprays of delightful blue foliage, more so than the species; a colorful accent tree for the home landscape

Blue Weeping Nootka Cypress is primarily valued in the landscape for its highly ornamental weeping form. It has powder blue evergreen foliage. The scale-like sprays of foliage remain powder blue throughout the winter. The shaggy antique red bark adds an interesting dimension to the landscape.

Blue Weeping Nootka Cypress is an open evergreen tree with a strong central leader and a rounded form and gracefully weeping branches. Its average texture blends into the landscape, but can be balanced by one or two finer or coarser trees or shrubs for an effective composition.

This is a relatively low maintenance tree. When pruning is necessary, it is recommended to only trim back the new growth of the current season, other than to remove any dieback. It has no significant negative characteristics.

Blue Weeping Nootka Cypress will grow to be about 25 feet tall at maturity, with a spread of 12 feet. It has a low canopy with a typical clearance of 1 foot from the ground, and is suitable for planting under power lines. It grows at a medium rate, and under ideal conditions can be expected to live for 70 years or more.

This tree does best in full sun to partial shade. It prefers to grow in average to moist conditions, and shouldn't be allowed to dry out. It is not particular as to soil type or pH. It is quite intolerant of urban pollution, therefore inner city or urban streetside plantings are best avoided, and will benefit from being planted in a relatively sheltered location. Consider applying a thick mulch around the root zone in winter to protect it in exposed locations or colder microclimates. This is a selection of a native North American species.